The 50th anniversary of the class of 1970 is approaching. That’s my class. It will also be fifty years since I lived through my first winter in Doniphan. Ripley County winters were not new to me since both Bizzell and Pearson grandparents lived here. We visited on various Christmas vacations as I was growing up. Living here, though, was a grand lesson in safety, economics, patience and preparation and illustrated the contrast between rural and urban lifestyles.

A Prospect-News headline in January of 1970 stated “Doniphan’s Weekend Ice Storm Created Some Unusual Problems.” My 16-year old self could have written that one. The road in front of my house – now 160E-8 – was basically clear so school cancellation confused my city brain. Each day off increased my frustration. That in itself was unusual. Most kids were happy about the additional vacation days, but I had created a dilemma because I once again had procrastinated on a project. Mrs. Griffin had assigned a research paper way before Christmas break to be handed in shortly after. My resources from the high school library were stacked neatly in my locker. Not one note card was written. As I eyed the calendar of the new year, I envisioned our return on the day the project was due. Frustration mounted into panic.

Fifty years later the same transportation issues plague us. The main blacktops and most of the paved secondary roads clear up nicely, especially with liquid salt treatments. It’s the gravel roads that contribute to hazards and extended cancellations. That particular winter we had experienced ice on top of the snow already hanging around. “Most churches in the area cancelled services when it was found that it was almost impossible to drive on the ice.” Residents could maneuver around on major city streets if they could get out of their driveways. “Last week proved to be a real treat for youngsters with sleds as most any side street or hill was suitable for sleigh riding day or night.” Then as now the gravel roads caused schools problems, though we country kids could still get some sledding time in. I recall slipping and sliding up K-1 with my brother and sister to whoop and holler on the way down, all three of us piled on the sled. When school reopened, some students still could not get there. I did, in time to start and finish that Shakespeare research paper by its due date.

That same PN article continued with dilemmas created by the weather. A local businessman and his family could not make it home at the end of the day the ice hit, so he turned the car around and headed back to his business to spend the night. It was reported that his wife had washed that day, so among the clean laundry in the car they found enough “blankets, bedding and rugs to improvise for the night.” Wouldn’t it be fun to know who that was? Anyone care to come forward with a first-hand account of that family adventure? Another family attended a birthday celebration in town and could not get out of town, so they turned around to surprise the birthday family as overnight guests.

Does it seem to you our area had more frequent visits from Ol’ Man Winter back then? Some time before my dad’s store – Cal’s Grocery and Station – moved to the ‘new’ highway in 1975 where Hartland Pit Stop is now, I recall pumping gas for a customer in the midst of a scene aptly described among the verses composed by Ripley Countian Pearl Howerton in “A White Winter Day.”

“Snow had fallen in the night

In the quiet of the early dawn

All the world stood still.

Over this world so white,

Not a sound or movement

…They missed the beauty of the sun

That set this world aglow;

Lit candles in the treetops

And sprinkled diamonds in the snow.”

I felt like a tiny figure in a snow globe, standing at one of two gas pumps, looking at Bethany Church, the cemetery, the country roads, with sunlight dancing on the snow and ice.

The winter of 1985 was another picturesque one with startling cold temperatures. You might recall that in January of that year Reagan was elected to his second term. The inaugural proceedings were modified due to the arctic temperatures. He took the oath of office indoors, and the parade was cancelled. I have another image in my memory, this one worthy of a Norman Rockwell painting. My brother-in-law Larry Lee, a PN reporter at the time, took a short winter walk with his Dalmatian puppy. I watched him gingerly traipse toward the river at the MDC boat ramps and step out onto the ice. I don’t recall how far he walked out onto the frozen water; I held my breath till he was back on frozen earth.

We don’t have to rely on memories that get fuzzy when recollecting another time when a county resident walked on frozen water. Below is an image of Shane Hastings recording his historical walk onto a frozen Current River on Saturday, December 23, 1989. This photo and an article highlighting other frigid winters is in the December 27th PN of that year.

That same article recalls the winter of 1917-1918. I was fussing about my first winter here in 1970. We had running water, gas heat, lights, motorized vehicles and plenty of food in refrigerators and cabinets, not in cellars and barns and chicken coops. I might have a romanticized perception of fireplaces and wood stoves, Grandma’s hot chocolate and snow cream, but I know life was not easy back then. The river made the news that winter, too. T.L. Wright gave people rides in his converted buggy on the edge of the frozen river. Employees made runners to replace the buggy’s wheels. There is no photo of the event in that issue of that early twentieth century PN, but there is the account in print. Some of us think we have seen an old photo somewhere of a buggy with wheels rolling across the top of the river away from the photographer. We have a collective blurred memory until we find that photo to substantiate it. Any hints, anyone?

The ice storm of 2009 catapulted us back to times when folks had no running water, electricity and consistent fuel sources for warmth and cooking. It was a nightmare and a profound realization that many of us are totally unprepared for some of Mother Nature’s events. The sounds and sights were frightening. I did not take any photos nor do I want to see any, but recorded accounts are valuable for future actions. That event is not blurry in my memory. As soon as I could get about, where did I go? To the river.

Our Current River pulls us to its banks no matter the weather. How many of us make the drive around by the boat ramps or make a short run across the bridge just to take a look? We know its still there, serene yet majestic, sometimes hauntingly fierce. No matter its state, we respect its role in our lives, count on its presence to be a source of fun, tourism, inspiration and comfort. It is the backdrop for many of our memorable adventures. Dennis Smith is a source of much of our pictorial river history. The nostalgic views of the former bridge in these photos of his beckons us to take a reminiscent stroll through former times. I am grateful for the PN’s role in recording our history in pictures and print so the past doesn’t become a mystery. 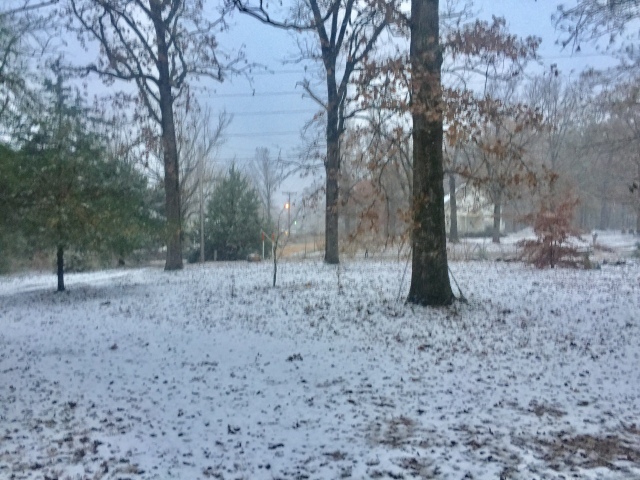