All in a Day’s Work

Last week an angry red wasp, a Ripley County red wasp, dive-bombed my upper lip. Surely I had encounters with wasps and bees in my city upbringing, but encounters with the rural variety stand out. Two were at grandparents’ homes here. Both elicited screams which got grandma’s attention, an ice pack and a cool pop. By the time the cool pop was gone, so were the sniffles and play resumed.

I’m supposedly all grown up now. I didn’t yell at this most recent attack, but if either grandmother had heard my initial reaction, I might have had my mouth washed out with soap BEFORE receiving an ice pack. It hurt like the dickens and began swelling immediately. After a quick glance in a mirror, it was back to work.

Did I mention it hurt like the dickens? The resumption of work was short-lived as I sought ice-relief – sticking my upper-lip into a solo cupful. Alas, no cool pop around. Considering the location of the sting, that would have soothed the site AND my nerves simultaneously. My grandmas were sooo wise.

The reflection after a second glance in the mirror alarmed me so that I dropped the ice cup. It didn’t seem like the time to be alone if I were going to experience an anaphylactic reaction. (At the time that was too complicated a word to recall). Panic at my image was going to make me hyperventilate at the least.

So I decided to leave the mirror and non-chalantly drop by for a quick hello to former colleagues-still-pals. There I received attention that almost equaled the grandma variety and was assured my breathing was ok. Laughter may be the best medicine – and I certainly looked funny – but guys, laughing hurt my stiff upper lip!

My cheeks resembled tomatoes for a while, and my eyes almost disappeared, but the longest lingering effect was the swollen upper lip making me look akin to cartoon diva Marge Simpson. I may stick a can of wasp spray in my purse. 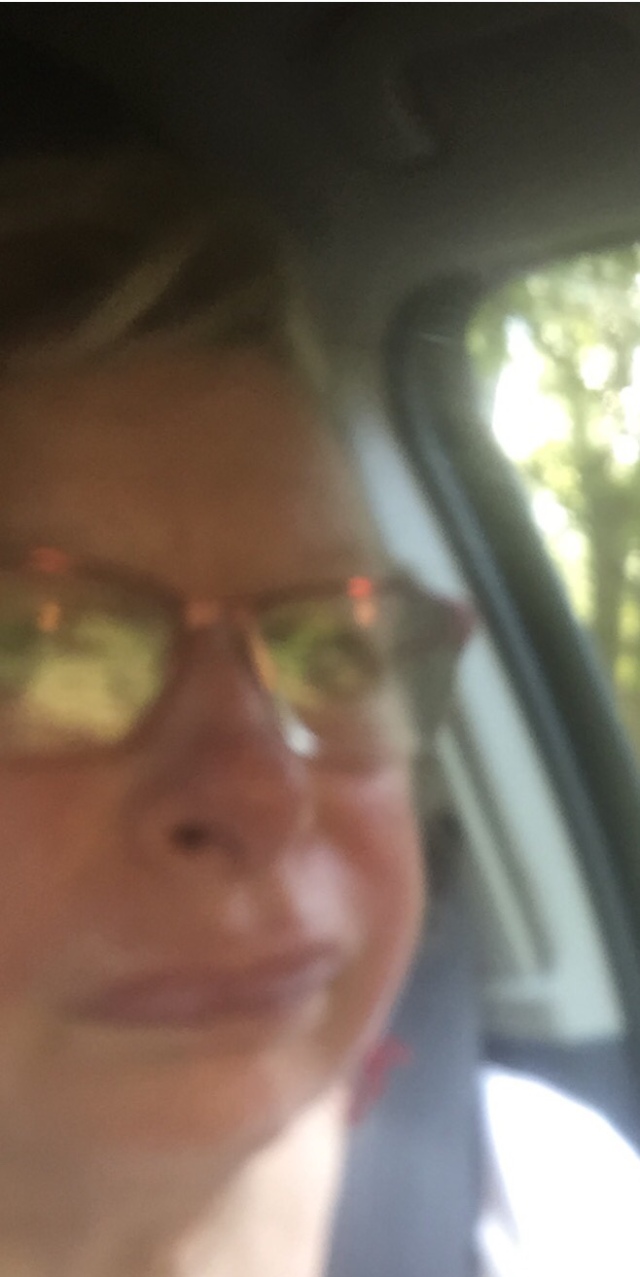