Anticipating full moons raises my energies. That’s a good thing for me, though maybe not for those around me. My unscientific observations of behaviors of school kids cooped up in a classroom or caged in a school bus indicate I am not the only one dealing with a lunar temperament. Lots of us send love to the moon, so why aren’t the nicknames of full moons a bit nicer?

The March moon shining down on us tonight has several. Who wants to gaze up into the heavens and exclaim, “Oh! What a magnificent WORM MOON!” Worms are yucky, necessary for composting and fishing, but yucky. Because the robin feasts on them and that is our sign spring has arrived, we think worms are appealing to all creatures? Nope. When I first fished in a concrete city pond, Dad had to put that yucky worm on my hook. Had that worm done its job, Dad would have had to take the fish off, too. All I managed to catch was my brother’s upper lip. (Someone forgot to tell him NOT to stand behind big sister; I had a great casting arm. During my formative years I was a softball pitcher).

Or CRUST MOON? Eww. My mind’s first association is of that stuff on children’s faces when they have a cold with runny eyes and noses. Diligent as moms and dads might be, that crusty mess still materializes. Another association my brain conjures up is edible crusts. Again, not such an appealing one. Lots of big and little folks eat out the middle of a piece of bread, and pie crust and pizza crust need tasty toppings to have any worth. Supposedly the rationale behind that nickname is a reference to the crunchy layer that forms on top of snow when it is on the ground long enough to go through melt/thaw cycles. Still, not an inviting label. Who wants snow hanging around this time of year?

It is called the CROW MOON, too. Crows are not particularly attractive as far as birds go, but they are among the cleverest of our winged pals and some consider them also to be harbingers of spring. Though they can be fussy and make poopiness on car windshields, this moniker pleases my sensibilities more than the other two do.

Because of its timeliness, it might also be called the FULL SAP MOON. I’m not even sure what that means. Mother Nature keeps Missouri maples mightily confused with the way she plays with spring’s on/off button. Tree talk… “Okay, sap down, everyone! No, wait! Sap up!! OH! Never mind. Whatever!” (Could be why Missouri is not touted as a significant producer of maple syrup). Or is the allusion totally different, as in nincompoop? If I were the moon and I wasn’t sure, I would hide that night.

Whatever you call it on our side of the globe, it’s considered the last full moon of winter. YIPPEE! (Did you get that message, Mother Nature)? This year the full moon and the equinox fall on the same day, in our time zone anyway. Feel lucky? This year we will have four full moons between the spring equinox and the summer solstice. The usual number is three. It is also a supermoon – the last one of this year. If Mother Nature is playing nice, stop a moment to look up to the heavens and take it in.

“With freedom, books, flowers and the moon, who could not be happy?” Oscar Wilde 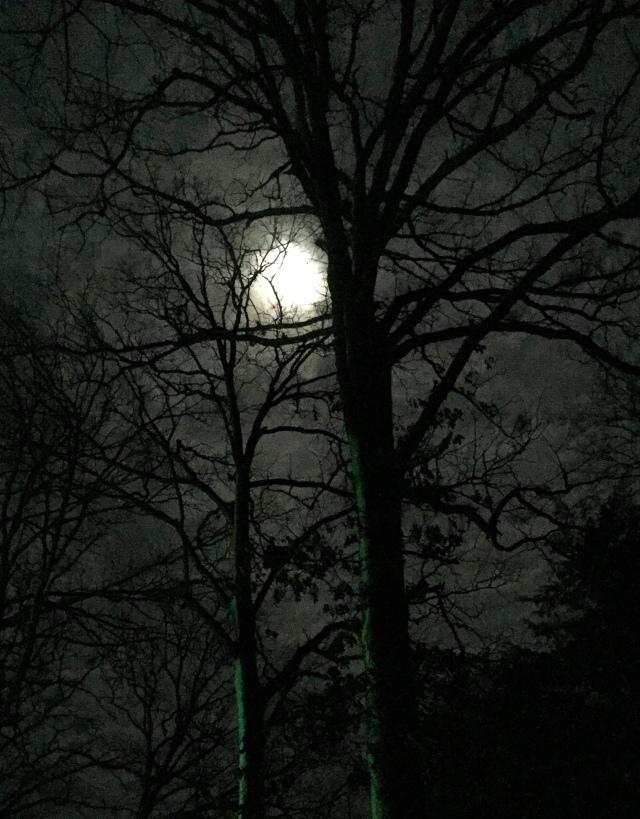